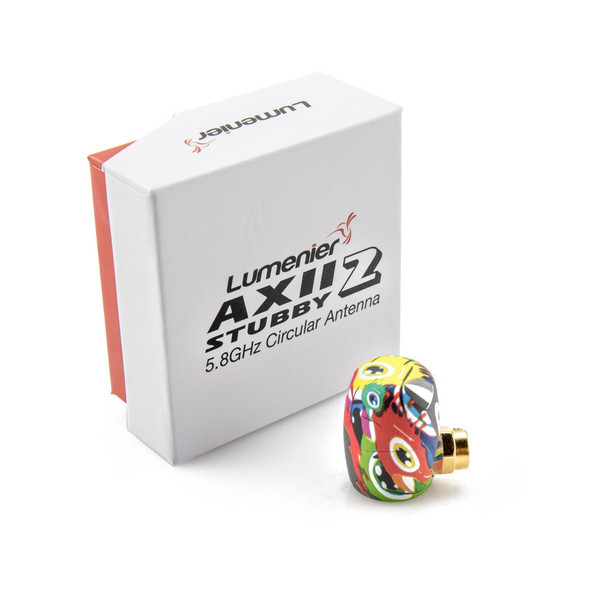 The AXII 2 performance you trust - but with a little personality! Lumenier has hydro-dipped the AXII 2 Right-Angle Stubby Antenna to take itself a little less seriously. Truly unique and one of a kind, you won't find another antenna like it because there never has been another one like it!

Use the SKITZO SE antenna on to your QAV-R 2 SKITZO Edtion Frame for a perfectly wild combo!

Antennas take a lot of abuse, especially when put onto a quad. The AXII 2's robust antenna housing is made out of a new injected molded polycarbonate, and ultra-sonically welded shut. This has significantly improved the durability of the AXII housing.