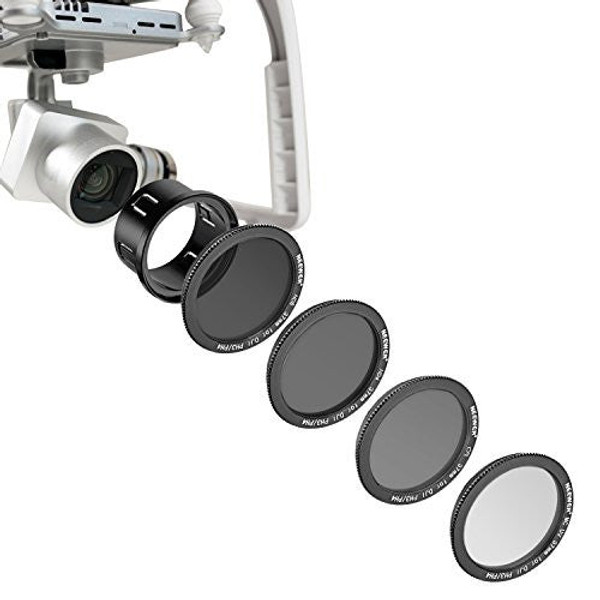 Features:
ND4 ND8 Lens Filter:
To enable slow shutter speeds to be used, especially with fast films, to record movement in subjects such as waterfalls, clouds, cars, seas, etc
To decrease depth of field by allowing wider apertures to be used, which helps separate subjects from their background
To decrease the effective ISO of high speed film and allow it to be used outdoors in blight situations
To allow cine and video cameras (which have fixed shutter speeds) to film subjects such as snow, sand or other bright scenes which would normally cause over-exposure
UV CPL Lens Filter:
A UV filter is used to reduce UV rays from entering the lens and striking the film. Modern lenses often have UV protection built into them as well as digital sensors, however, UV filters are commonly used to help protect the surface of the lens from scratches, smudges, dirt and other hazards
A polarizer is different than most filters in that it is composed of two pieces of glass, mounted independently inside a round frame so that one can be rotated relative to the other. As it is rotated, it increasingly cuts out glare and haze. With an SLR, you can actually observe this change through the viewfinder. Polarizers reduce glare from water, glass, or any non-metallic surface. You can also use a polarizer filter to darken blue skies