George Clooney: "Up In The Air" Blu-Ray 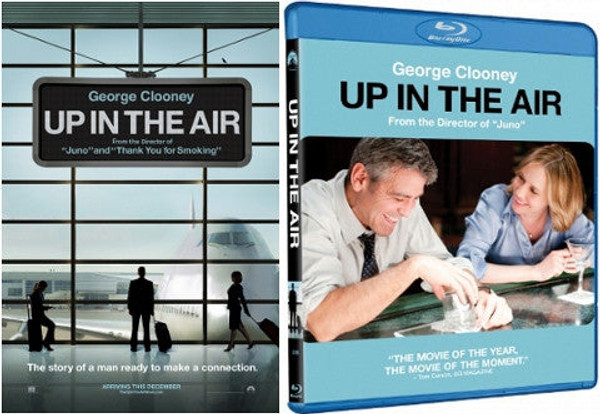 George Clooney: "Up In The Air" Blu-Ray


Up in the Air transforms some painful subjects into smart, sly comedy--with just enough of the pain underneath to give it some weight. Ryan Bingham (George Clooney) spends most of his days traveling around the country and firing people; he's hired by bosses who don't have the nerve to do their layoffs themselves. His life of constant flight suits him--he wants no attachments. But two things suddenly threaten his vacuum-sealed world: his company decides to do layoffs via video conference so they don't have to pay for travel, and Bingham meets a woman named Alex (Vera Farmiga, The Departed), who seems to be the female version of him… and of course, he starts to fall in love. Writer-director Jason Reitman is building a career from funny but thoughtful movies about compromised people--a pregnant teen in Juno, a cigarette-company executive in Thank You for Smoking. George Clooney has a gift for playing smart men who aren't quite as smart as they think they are (Michael Clayton, Out of Sight). The combination is perfect: Bingham is charming and sympathetic but clearly missing something, and Up in the Air captures that absence with clarity and compassion. The outstanding supporting cast includes Anna Kendrick (Rocket Science), Jason Bateman (Arrested Development), Danny McBride (Pineapple Express), Melanie Lynskey (Away We Go), and others, each small part pitched exactly right. --Bret Fetzer